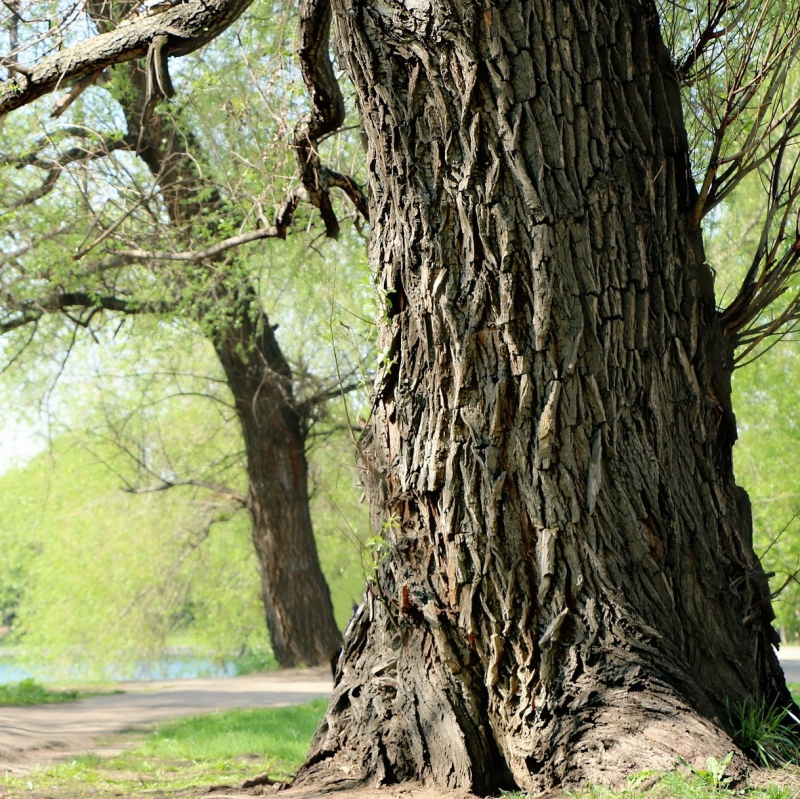 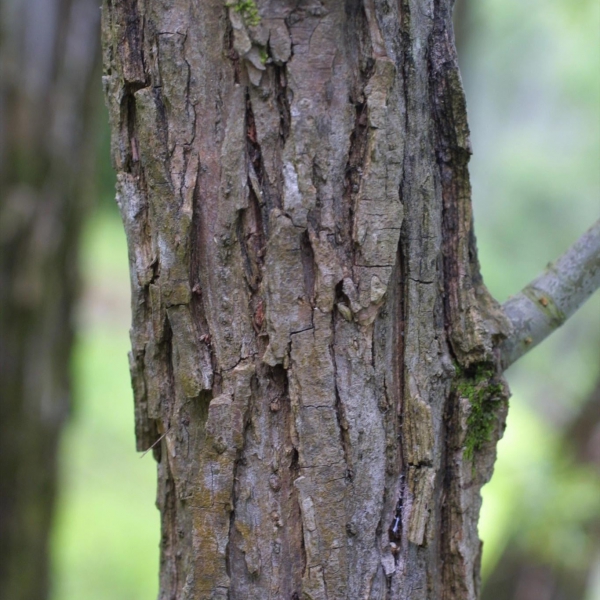 The Black Willow or Salix nigra is a medium-sized deciduous tree, the largest North American species of willow, growing from 10-30 m tall with long, alternating, shiny green and narrow lanceolate leaves. Although named Black Willow, the bark of most specimens is dark brown or gray, becoming fissured on older trees.

The Black Willow has proven its usefulness in many different ways. The roots of the tree were used by the Patowatomi Indians to make a scarlet colored dye. Black Willow charcoal is frequently used in the manufacture of gunpowder. The wood was once used extensively for artificial limbs because it’s lightweight, does not splinter eas­ily, and holds its shape well. The roots of the Black Willow are very bitter and have been used as a substitute for quinine by early American settlers. The Chippewa used the inner bark in a tea for indigestion. A tea made from bark has been used as a treatment for rheumatism, arthritis, dysentery, fevers and headaches, while some have highly recommended it for asthma and gout. The bark was used as a poultice for cuts, wounds, sprains, bruises and swelling. As a wash, it was considered an astringent for healing psoriasis and other skin diseases. The leaves have been used internally for treatment of minor fevers and colic.
The bark of Black Willow is used interchangeably with Salix alba or White Willow. The main chemical constituents of both species are tannin and salicin. In the Americas, the Cherokee, Blackfoot, and Iroquois Indians created a tea from the bark of the White Willow to relieve headaches, fever, and general aches and pains. Then in 1828, German and French chemists were able to isolate the principal active component salicin, a glucoside of Salicylic acid, from the bark of the White Willow. Upon ingestion into the human body, salicin is hydrolyzed to release salicylic acid in the stomach. Toward the end of the nineteenth century, salicylic acid was then converted into the synthetic compound, acetylsalicylic acid, the component used today in aspirin. The Black Willow does maintain the abil­ity to function against the same ailments that does the White Willow, making Black Willow a good candidate for cosmetic applications. Today, willow bark extract is still used as an herbal remedy to treat pain and act as an anti-inflammatory and analgesic agent. In the Cosmetic Industry, willow bark extracts are employed as a natural source of salicylic acid. As reported at the Society of Investigative Dermatology, Willow Bark Extract provides the benefits of salicylic acid such as exfoliation, and anti-microbial action, without any of the typically associated irritation.
FSS Willow Bark Extract is derived from the bark of the black willow tree. FSS Willow Bark Extract contains 10% salicylates. In its standardized form, FSS Willow Bark Extract provides consistent levels of salicylates, commonly referred to as natural salicylic acid, allowing its use as an active ingredient. FSS Willow Bark Extract is completely water soluble and can be used in any cosmetic formulation to enhance cell turnover, act as a natural anti-microbial agent, or as a replacement for synthetic salicylic acid.