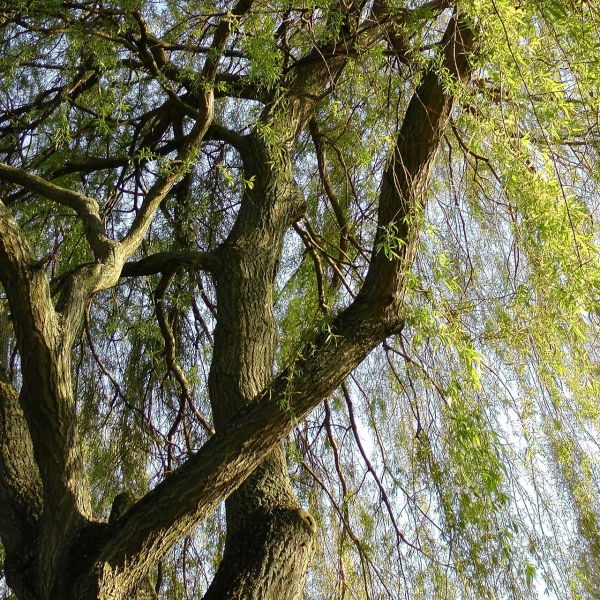 The White Willow (Salix alba) tree is a large tree that is native to North America, Asia and Central and Southern Europe. It is typically found near streams and rivers, where it can root near a constant water source. The tree is tall and slender and flowers each spring first with tiny yellow flowers, which are followed by long thin green leaves. There over 300 species of willow trees growing globally, yet only a few can be used medicinally. The White Willow belongs to the Salicaceae family. Other species that possess medicinal properties are the purple willow (S. Pur¬purea), violet willow (S.daphnoides), and crack willow (S. fragilis).

White Willow is an ancient remedy that has been used to treat pain by Chi¬nese physicians since 500 B.C. It has also been used in ancient Egyptian and Greek medicine. Hippocrates recommended chewing on the leaf to alleviate pain. Evidence of the use of White Willow as a medicinal herb also exists in Europe and the Americas. In the mid-1700’s White Willow was used in England as a malaria remedy. In the Americas, the Cherokee, Blackfoot, and Iroquois Indians created a tea from the bark of the White Willow to relieve headaches, fever, and general aches and pains. Then in 1828, German and French chemists were able to isolate the principal ac¬tive component, salicin, a glucoside of Salicylic acid, from the bark of the White Willow. Upon ingestion into the human body, salicin is hydrolyzed to release salicylic acid in the stomach. Toward the end of the nineteenth century salicylic acid was converted into the synthetic compound, acetyl¬salicylic acid, the active ingredient used to make aspirin.

Today, willow bark extract is still used as an herbal remedy, which acts as an anti-inflammatory and analgesic agent. In the Cosmetic Industry, willow bark extracts are employed as a natural source of salicylic acid. As re¬ported at the Society of Investigative Dermatology. FSS White Willow Bark Extract provides the benefits of salicylic acid such as exfoliation, and anti-microbial action, without any of the typically associated irritation.

In its standardized form FSS White Willow Bark Extract provides consistent levels of salicylic acid allowing its use as an active ingredient. Unfortunately, in commercially available extracts the salicylic acid levels rarely exceed 10%, making it difficult to formulate products with sufficient quantities in emulsion systems, and impos¬sible to formulate in anhydrous systems.

FSS White Willow Bark Extract is completely water soluble and may be used in any cosmetic formulation to en¬hance cell turnover, act as a natural anti-microbial agent, or as a replacement for synthetic salicylic acid.